This entry about the wading pool depth of mainstream tennis journalism has been on the mind for some time. The overall low standards of media in its various guises, isn't just restricted to tennis it cuts across all spheres. We now live in the instant gratification, 24 hour news cycle where we need to hear tomorrow’s news and latest trends yesterday.

A positive aspect with the technological advancements, now we have some high quality tennis blogs dedicated to tennis on various subjects that aren’t covered at all by the mainstream press or at best superficially. It’s a brilliant they exist because without these mediums it would almost be impossible to believe there were any players on the ATP that weren’t in the top 4.

Mass media dictates that they have to get the most amount of information to the largest audience within the shortest time. To achieve this everything is condensed into soundbites and clichés without going into further detail or leaving it open for further exploration. This leads only to superficial knowledge of the respective issues, not a strong basis to build and form opinions on any subject.

Mainstream tennis journalism is a faithful disciple of the above if it was possible it would follow it 150%. There are numerous examples of this style of reporting. Easiest example to use is the common line “This is the Greatest Era ever of men’s tennis”. This is peddled as fact without acknowledging how this consensus came about. It’s like tennis began in 2005 when Rafael Nadal became a serious challenger to Roger Federer, nothing came before it and nothing will come after it. Whether people want to believe the greatest ever tag is their prerogative, at least report or acknowledge at least how we came to the current status quo.

To anyone who followed tennis before 2005 it’s clear that surface homogenisation has had a major impact on what we see now on the ATP. To someone who started following tennis after 2005 how would they know about this, since their main reference point is after 2005? Surface homogenisation was done by the ATP to reduce the differences between the respective surfaces, while this has been a successful business decision from the ATP. Look we can market these top 4 guys as they’re nearly always there at the later stages of the main events. As a result they can get more money when they negotiate the TV rights, sponsorships bringing more money for the ATP and not necessarily using it in the right manner. The surface homogenisation, has taken away other aspects of the sport which were required from the bigger differences between the surfaces. Movement is the biggest challenge these days and something Roger Federer said himself in relation to the achievements he and Nadal have had. "Anyway, every surface is very similar today, otherwise we couldn't have achieved all these things on all these different surfaces so quickly, like him and myself". Yet, none of the major journalists really delved into this topic.

Tennis while being a niche sport has many vested interests and the lack of critical thinking or investigation of the issues in tennis by the prominent journalists is apparent to any individual with a functioning brain cell. Drugs in professional sport are a problem and tennis is no different, yet it has only got some recent coverage with a well overdue biological passport being introduced. No, it’s not about sending reporters undercover deep on the tennis tour to find out who is taking those special supplements, nor is it like TENNIS HAS A STEROID PROBLEM, who thinks anyone with big biceps is juicing. Whatever his style of reporting, he is bringing to attention an issue the mainstream tennis press haven’t or won’t covered in relation to the lax testing procedures from the authorities. As they don’t have a vested interest it’s easier him to write about this.

Journalism is at its best when there is critical thinking, well researched and written articles irrespective of whether reader agrees or disagrees with the diagnosis. It helps form opinions gaining from different sources and its best it will encourage further reading or research which can only be beneficial. It’s the same useless narrative about the top 4 players with a slightly different take depending on the surface.

In an ideal world it would be great if the articles were unbiased, though in an ideal world in the words of the Maderian philosopher Cristiano Ronaldo I wish “I was rich, good looking and successful”. As humans we all have our biases,, but the key is to not them dominate what is written, something Bodo (Bozo), Wertheim (Worthless), Cronin, Tignor, Harman” are brilliant at in their articles.

Another personal gripe is the old line “where are the personalities in the game” from the mass media. This one is as obvious as wearing a skullcap at Mecca in its duplicity. The players don’t say anything interesting because they’re media trained to give dull, bland answers and don’t give them anything. 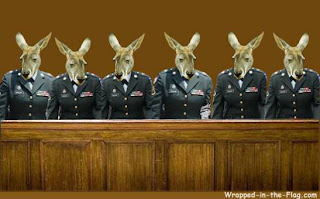 Majority of journalists ask boring questions without thought behind them and the experience is as pleasant as have root canal with Justin Bieber blaring from the speakers. To counter that when a player gives an honest answer, the media take it out of context to suit their agenda, get more hits on their website without giving the correct context. Fortunately the internet wasn’t around when Yevgeny Kafelnikov made the comment about “tennis players being underpaid” this went around and was hammered for it. Naturally the full context wasn’t given when he made the comment was made in comparison with golfers that tennis players are underpaid. Nikolai Davydenko is another example of this, the classic syndrome of the media wanting it both ways.

With a lack of critical thinking, well researched and poorly written articles as the standard for mainstream tennis reporting. The question arises why do the majority of tennis fans put up with fodder served up as analysis? Maybe, the masses of tennis fans are happy to be spoon fed drivel about the top 4, health of the game without further inspection of why this is the dominant ideology.

As a consequence the abject poverty of tennis journalism is allowed to continue with the passivity of the readers. There is no incentive to improve standards, as those in the tennis media are operating on the AC/DC principle give them the same stuff all the time. Essential difference is AC/DC bring energy to their work, these guys are as energetic and engaging as a bear in hibernation.

Thankfully the DIY aspect in tennis writing community is active with the blogosphere. Sure, there is some absolute garbage out there, though they aren’t alleged respected tennis writers who get paid for writing shit. This medium has had the best researched and written articles for example about the conflicts of interest within agency groups & the ATP, the schedule, financial struggles for players on the ATP outside the chosen few, Davis Cup, gambling and doping issues, why players are making later breakthroughs.

While there are outlets and some hope for improvements. An Irish freelancer Stephen Kelly nailed it accurately “If there is a bad NFL journalist, all his colleagues know enough about the NFL to know he sucks. This is not the case in tennis. Most media outlets only have 1 or 2 people covering the sport. It’s not enough if you want more coverage than the big 4. It’s a minority sport so fewer complain about bad commentary and journalism”.

This post has been a long time coming, not sure it will get any better any time soon but would like to thank Stephen, Joey, Jay, FootSoldier, Jimmy, Jesse, Michelle, Denys, Nathii and others that I have forgotten who helped with this post and fighting the good fight against sloppy, tepid and tedious narrative that passes for mainstream journalism.
Posted by Sigurd Sigurdsson at 10:23 am

Good stuff as usual my friend...

Nice work, really enjoyed it. I've actually been working on a long post about why tennis writing is so poor myself.

Pigs will eat whatever you give them.

Time to break out of the pen, bite the farmer and demand a steak dinner.

Keep up the fight, Nils.

Some interesting points made.

But just as with criticism of the performance competitors put in on court, it is very easy to sit back at home and pass judgment without any knowledge of or experience with what is being criticized. I highly doubt it is as simplistic, or as calculated, as you posit here.

The fact remains: no one ever double-faulted on match point sitting at home!

As a journalist, albeit more broadcast than written, this echoes the problemms journalism as a whole has, tennis or otherwise.

I am thinking the alternatives do lie in blogs etc, rather than changing the mainstream monoliths.

It's very hard to do thus subject justice and this was an excellent attempt to do so. Probably could have been 3000-4000 words easily and still not covered everything.

Sounds like the classic give the masses what they want by forming opinions that have little substance to it, Always got to be questioning things as to how they are which doesn't happen with mainstream journalism.

tennis is about more than just the top 4. The status quo has been created by the homogenisation of surfaces. Sure they're great players/athletes but the conditions make it a lot easier for them to dominate.

A lot of tennis journos don't see this because they fanboy top players.

There's too much bandwagoning from even legendary ex-players i.e. McEnroe saying Nadal has the best volleys on tour.

Forgotten who it was who said that the top 4 could team up and beat the Bryans easily in doubles if they wanted to, strong drugs being smoked there.

I wonder what you make of tennis commentators. They have more time to speak, but they often repeat the same platitudes for every game. They hype up everything, even when it isn't that good. Do you think they're only out of touch or are they also trying to deceive us to keep us enthralled?

Have had some excellent feedback on this article.

Rob - It depends there are some TV commentators who have no idea about what's going at all, but a few are with it.

Yes, they are hyping the product up and they have to do so.

When commentators who work for the ATP want to bring up issues, if they get too controversial then they are gagged.

"we need to hear tomorrow’s news and latest trends yesterday."... so true and of course most fangirls, -boys don't even know the players outside the top 4...

Keep up the good work, Nils! Glad blogs like yours exist!

Although provocative and obviously well thought out, the grammar in this writing is surprisingly poor. It takes too much effort to decipher your exact thoughts. Pity.